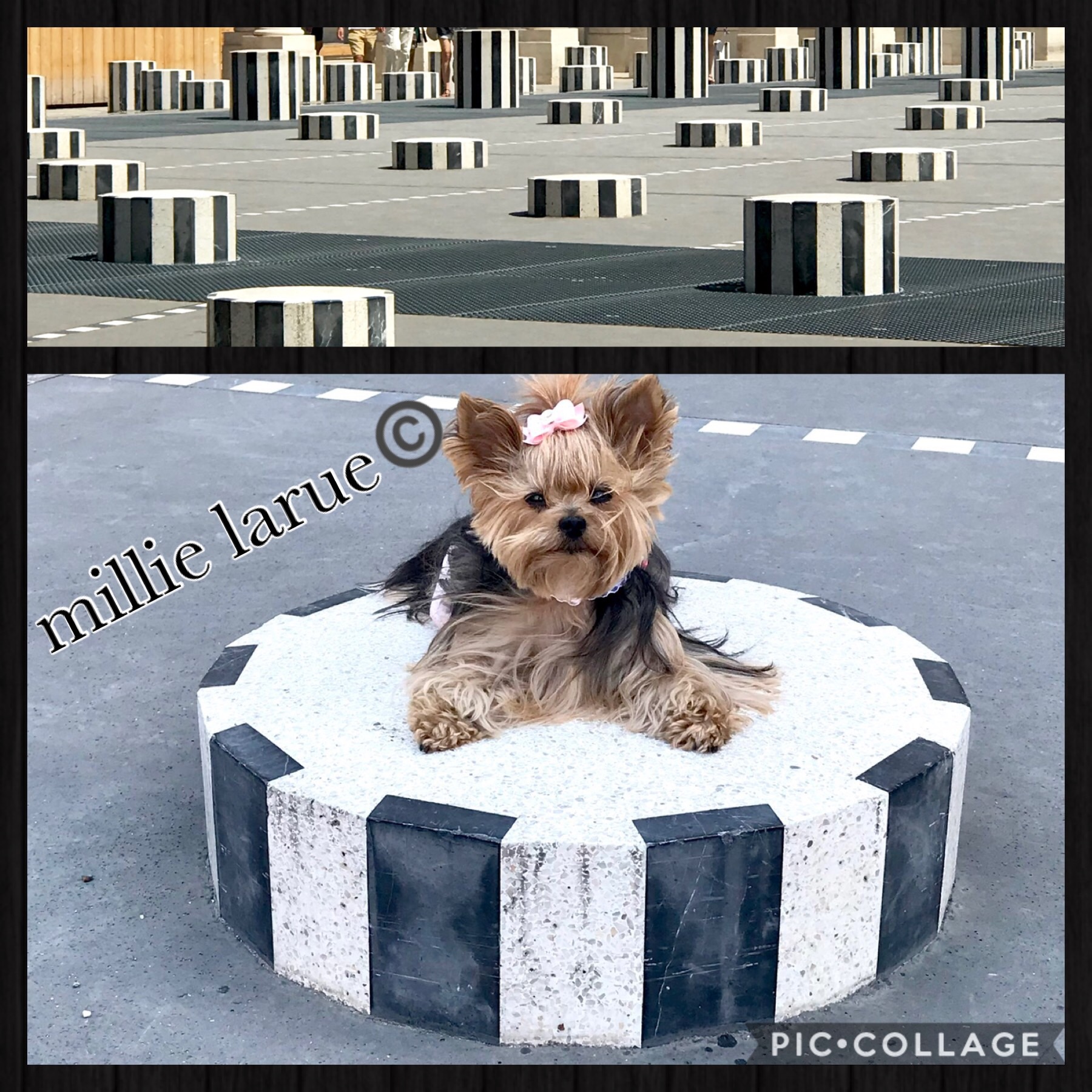 If you are ever in Paris and happen to be near the “Palais Royale” they have this really cool courtyard set up like a distorted checkerboard set, where kids are hopping all over these black and white striped columns of varying heights. What is this all about??? Well it is actually called “Les Deux Plateaux” which means TWO TRAYS… but it is more commonly called, “Colonnes de Buren” BUREN’S COLUMNS, after the artist Daniel Buren who created the exhibit. The installation was met with much controversy both for the cost and its unsuitability to the historic landmark where it was being placed. Although many people seem to enjoy the display, which took the place of a former parking lot, the concrete columns were expensive and have been costly to maintain. Either way… it made us smile to see it and everyone here was having fun running in and out of the display. C’est la vie. ??

Wow! That is quite different…. sort of like the Vatican home guard uniforms don’t quite seem in place but they stand out!

Not my cup of tea but I’m sure the children love it. Interesting bit of history. Thanks Millie??

That is interesting for sure. And as always you make everything twice as nice when your cute little self is posing right there. ❤❤❤

Thanks for sharing another interesting bit! Love seeing and learning about things from you and Mummy. Thank you for taking the time to share things that you see in your adventures. ?❤??

well they are a PERFECT photo op!!!! You look lovely perched on one of the columns!

It is fun learning from you and Mummy. She had to learn a lot to be able to explain it all to you and then to us. Thank you ?❤️